There seem to be two kinds of JavaFX applications: the first one is using a scene graph with nodes and CSS styling, and the second one is using a single canvas. However, it is perfectly legal to mix these two approaches. Especially when your application has to show a lot of detailed information where you would easily end up creating thousands and thousands of nodes. Even though the overall performance of JavaFX is fantastic you will most likely bring your system down to its knees when styling is required for all of these nodes (especially when styling is required over and over again because of the dynamic nature of your visualization).

For me it was an epiphany when I realized that the only way to guarantee high performance in FlexGanttFX was to use a ListView with each cell containing a canvas. Unfortunately the code of this framework is too complex to share it with you in a small blog, so I wrote a small example that illustrates the basic concepts. The image below shows the result when running the example. The data shown by the ListView covers the years of my life span with randomly generated values for each day of each year. 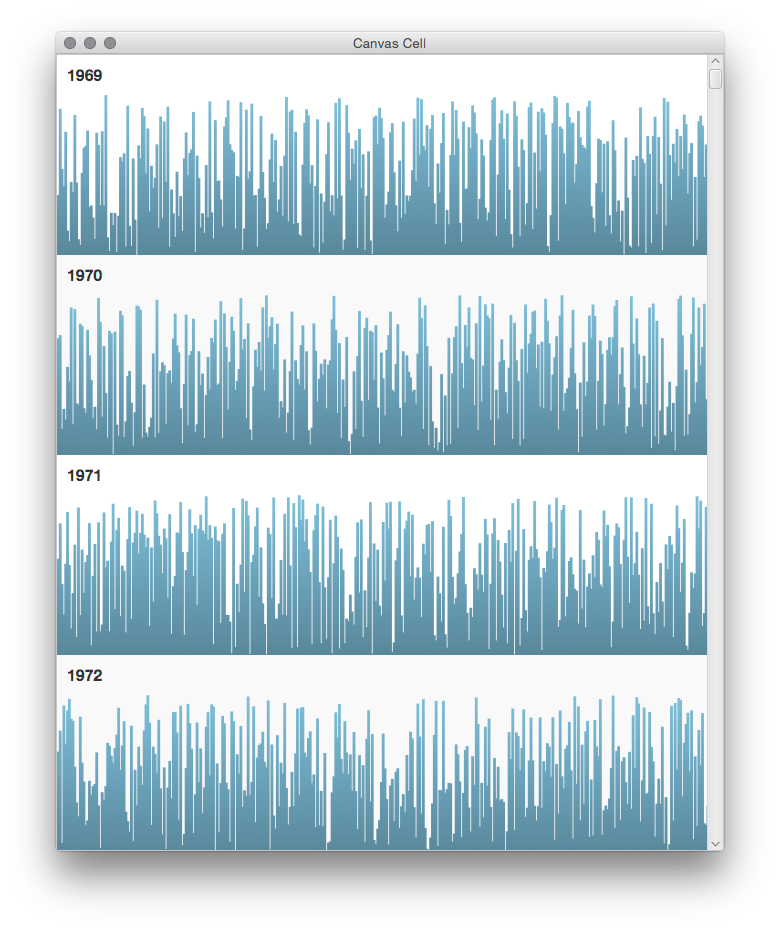 The most important class is called CanvasCell. It is a specialized list view cell containing a label and a canvas. The label is used to display the year, the canvas is used to draw the chart.

For the data we use a very simple class that stores the year and a list of values.

And the following listing shows the main class.