I have been coding JavaFX applications and libraries since 2013 and one thing they all had in common was that I needed to find good icons / graphics that I could use for them. As a former Swing developer I started by using image files, GIFs or PNGs. Normally I would license a library like the “O-Collection” from IconExperience (www.incors.com). But soon it became apparent to me that using image files is too painful.

Just imagine for a moment that you want to support different pseudo states of your nodes (e.g. “hover”, “pressed”, “focused”). You end up with a different version of the same icon for each state. Even more files are needed if you want to support different sizes (small, medium, large) or screen resolutions (e.g. “Retina Display” on Mac, 2x Icons). Ultimately you end up in image file hell.

At first I didn’t care that much, because I started with framework development. Projects like CalendarFX or FlexGanttFX required only a very small number of icons. So using PNG files for these libraries was not an issue. But once I started working on bigger projects the need to support hundreds of icons became clear.

Luckily for all of us the web has already come up with a solution for this problem, and the solution is called “Icon Fonts”. The big advantage of an icon font is the fact that all icons are contained within a single file. That makes managing them in your workspace very easy. The other advantage is that font icons can be styled via CSS. This way a single icon can be displayed in many different colors or sizes.

The most popular icon font, at least in the beginning, was FontAwesome and there is a JavaFX implementation for it called FontAwesomeFX by Jens Deters. I used this library for all of my projects for a very long time and never thought I needed anything else. That was until I stumbled over Andres Almiray’s excellent library called “Ikonli”. You can find it on GitHub. After that I used it for all of my JavaFX-related work. For my large applications but also for my libraries.

What I like about Ikonli is that it integrates so seamlessly with the existing JavaFX API. An icon is simply an extension of the “Text” node (duh!) and it comes with styleable properties. There are properties for the icon itself, the icon “code”, for its color and for its size. The names of these properties in CSS files also follows convention. There they are called -fx-icon-code, -fx-icon-color, and -fx-icon-size.

Ikonli does not just ship with FontAwesome but with a total of 31 (!) different fonts. Among them material design icons, weather icons, payment icons (credit cards, etc…). Each one of these comes in their own module / artefact and can be imported individually, e.g. via Maven dependencies. The following dependencies need to be added to your Maven project’s POM file if you want to use the Material Design icon font.

Icon fonts often come with a lot of icons in them. So finding the right one is hard. Ikonli makes this easy by providing a “cheat sheet” for each font. The one for “Material Design” icons can be seen below.

Once you have created a FontIcon node / instance you can use it anywhere in the JavaFX scenegraph. Below you see an example for setting it on a button via code.

To style the icon you add the following to your CSS file:

To use an icon inside an FXML file you can write this:

You can also create your own custom icon font for JavaFX based on Ikonli. Obviously the first thing you will need is the font file. There are several online services available that allow you to create such a font. They let you choose icons from various already existing fonts but they also let you upload your own SVG files. The one I used is called Fontello. It has three main areas: icon selection and / or upload, customize names, customize codes. 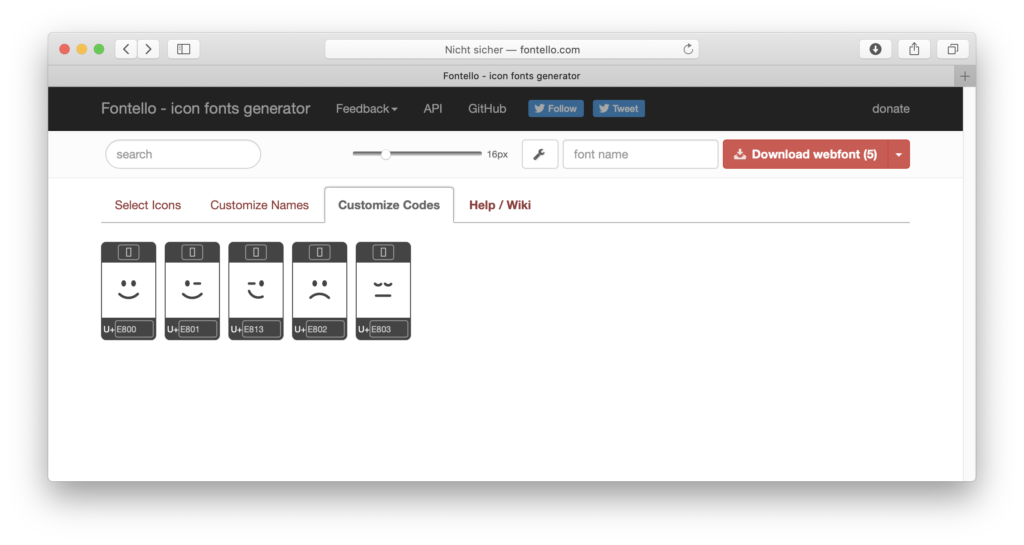 Once you have configured your icons properly online you can then download the result as a ZIP file. Inside the ZIP file you will find the icon font in various formats. 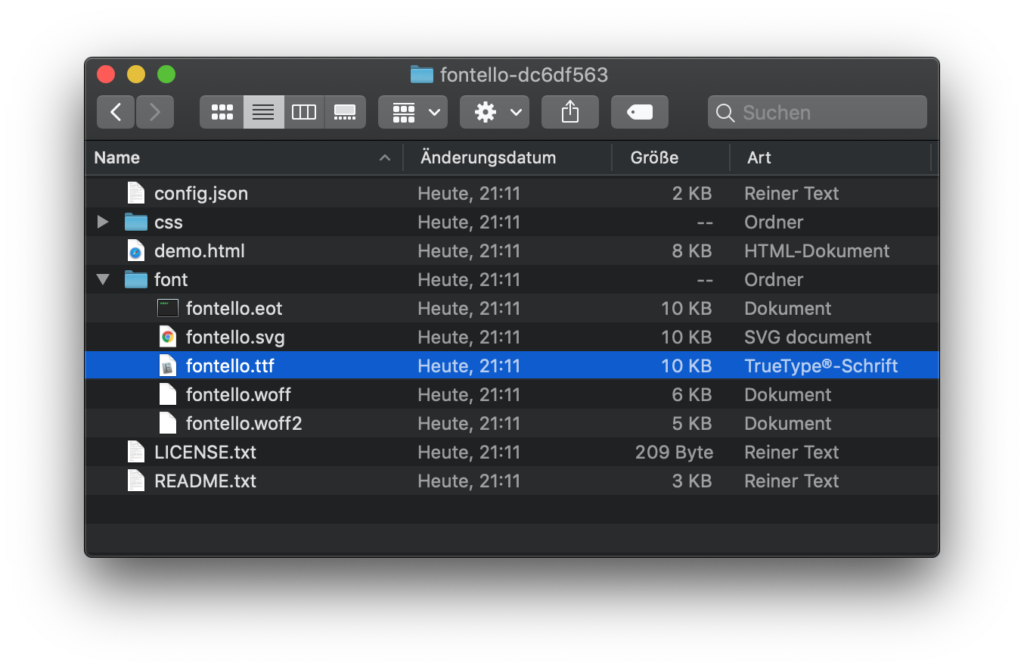 To verify that all of your icons are actually inside the font you can open the file via “Font Book” (on Mac). It should look something like this: 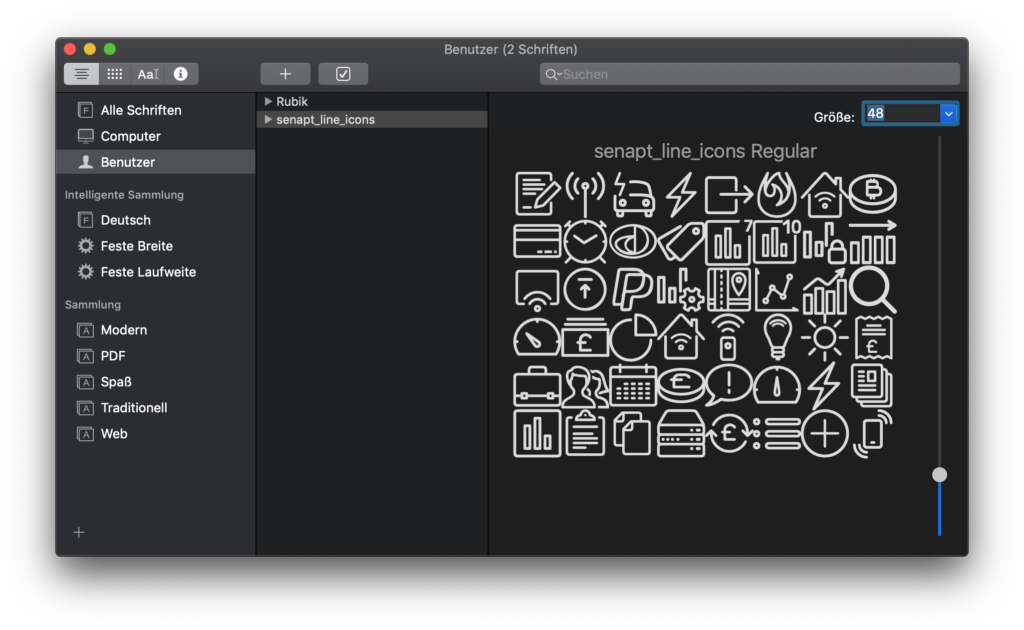 To make this font available inside your JavaFX application you have to first implement an enumeration with a value for each icon. It will look similar to this:

The next thing you have to implement is an extension of AbstractIkonHandler. For this example where all icon literals are prefixed with “my-icon” the “supports” method returns exactly that prefix.