In the last post of the Missing Features Survey series I said that this post would be about missing features in CSS and FXML. Now it turns out that the survey submissions did not contain any valid FXML issues. So I will focus on CSS only.

These are the CSS features that were reported missing:

From the Oracle team I was told that all items could be done with support from the community and that they accept improvement requests and API proposals. So the wishes expressed in the survey are very much in line with what Oracle wants to do but they just don’t have the resources.

That’s it for today. Back to coding everyone! 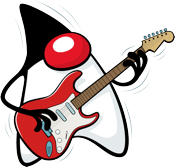