I recently noticed that the PopOver control, which I committed to the ControlsFX project, does not properly clip its content. It became obvious when I was working on the accordion popover for the FlexCalendarFX framework. Whenever the last titled pane was expanded the bottom corners were no longer rounded but square. After placing a red rectangle as content to the titled pane it became clear to me that I forgot to add clipping. The following picture shows the problem. 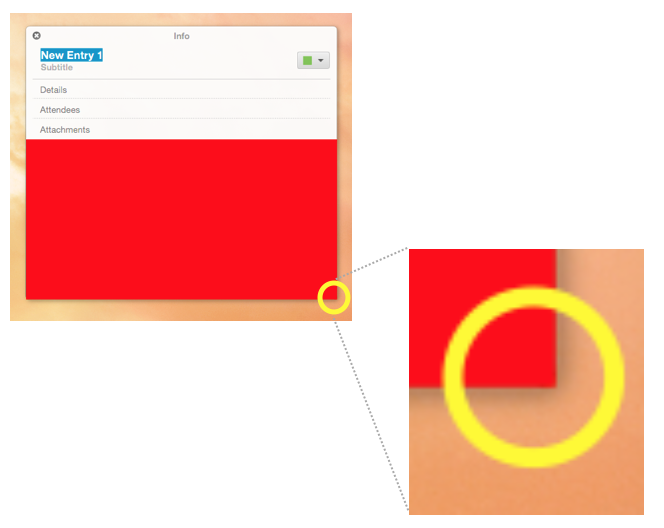 Normally clipping in JavaFX is quite easy. All it takes is an additional node and a call to setClip(node). However, normally this clip is a simple shape, like a rectangle. In the PopOver case the clip had to be a path, just like the original path that was used for the shape of the PopOver. Why a path? Because the popover, when “attached”